SSI-23 Gemini was the 23rd launch of SSI Balloons and the first launch for the inexperienced all-freshman team. It flew 155.10 kilometers over a course of 3 hours and 20 minutes, reaching an altitude of 33 Kilometers before landing in a University of California research facility. It was a complete success, querying kinetic and atmospheric data, logging data, powering heaters, never using them because of internal insulation, generating current with a solar panel, capturing beautiful shots with a camera, orienting the GPS upward with a gimbal, and dropping a paper plane at a specific altitude. 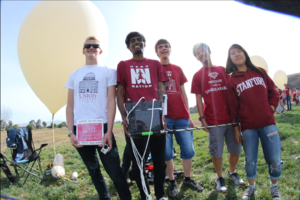 SSI-23 was part of a combined 3 balloon launch with SSI-24 and SSI-25 designed to acquaint the new members of SSI with the process of designing a payload and launching a balloon. The teams started with a single week to construct the payload, but were given a two week extension after some unfortunate circumstances. 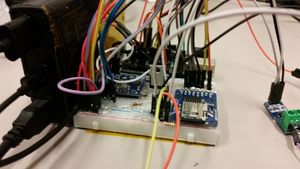 The Arduino based payload measured time, acceleration, magnetic fields, orientation, temperature, pressure, light intensity, solar panel current, and solar panel voltage. It was capable of self regulating its temperature with heaters, orienting its SPOT GPS upright with a custom gimbal, and dropping a payload at a specified altitude with a stepper motor. 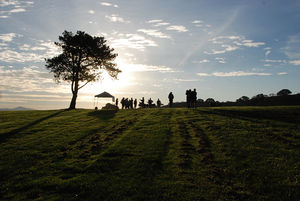 SSI-23 was launched from a park near 2093 San Juan Drive, Hollister, CA at 11:39AM. The team left campus at 5:30AM, and was mostly ready to launch. Everything was working the night before, and the only change made was the addition of a power cable to the keychain camera. The conditions were not too sunny or windy, providing a great start as the balloons were picked up by the easterly drafts. 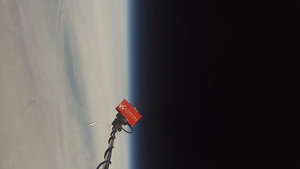 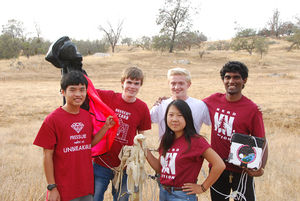 SSI-23 was outfitted with a balloon with about .5 net Kg of lift. Once the rope was cut, the balloon accelerated upwards, and immediately began to spin on its horizontal axis, an unforeseen consequence of the selfie stick. Despite this, the payload never fell apart, and it successfully flew 155.10 kilometers East at 79°. It ended up in the University of California Agriculture and Natural Resources experimental range, which was interesting given our choice of decorations.

SSI-23 was a success and fulfilled all of the initial goals set out by the team.